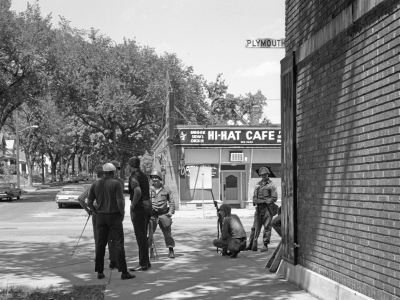 For three nights in July 1967, the North Side of Minneapolis along Plymouth Avenue erupted in rebellion. Police and National Guard units were called in to occupy parts of the neighborhood in response. The so-called "urban crisis" of the 1960s produced similar events in many other cities in the U.S. This crisis and the conditions behind it that prevailed in many communities of color during the…

Ghettos are metropolitan neighborhoods marked by racial segregation and concentrated disadvantage. To reduce the unfair disadvantages that the ghetto poor face, some have proposed residential integration. I argue that while such measures, when voluntary, may help the ghetto poor, justice does not require residential integration but rather egalitarian pluralism. I highlight the limits of the integrationist solution and explain the virtues of the egalitarian pluralist alternative.